The Kiko goat is known to be a breed of meat goat that originated from New Zealand. The name of Kiko goat was derived from the word Māori which means meat or flesh. Kiko goats were created and developed by Anne and Garrick Batten in the 1980s. This animal was a product of cross breeding imported dairy goat buck of Toggenburg, Anglo Nubian and Saanen breeds with local feral goats. The initial crossbreeding in the farm was aimed to increase and develop survivability, parasite resistance, fast growth and hardiness with little or minimum maintenance.

The Kiko goat breed was brought to the US by the Goatex Group LLC in 1992 from New Zealand. As of today, there are three existing registries in the US for the Kiko goat breed – the NKR (the largest of the three), the IKGA and the AKGA. Kiko Boer members can be registered as Genemaster™ in the NKR registry.

The popularity of the Kiko goat breed is increasing and it is considered to be a preferred goat breed among farmers, breeders and agriculture business owners especially in warm or wet southern states in the US. One of the most preferred Kiko goat characteristics is its ability to thrive and be productive in practically any climate without the need for a regular vet schedule or frequent medical care.

Research and study about Kiko goat characteristics have established information that these animals can still produce enough meat and dairy and can fight drug-resistant parasites that have affected a lot of southern herds. The natural parasite resistance of the Kiko goat is one of the reasons for its continuous breeding. Since the Kiko goat breed also has DNA from dairy goat breeds, these animals are producing dual-purpose kids that can provide meat and dairy to a farmer or buyer. A Kiko goat breeder also has minimal issues when it comes to providing what to feed the Kiko goat. 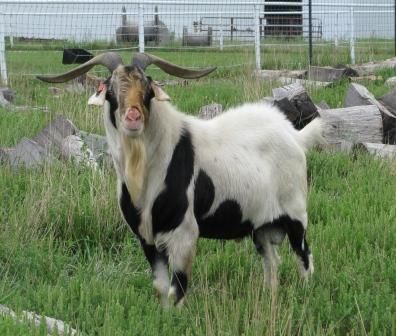 In terms of hardiness and sustainability, it is undeniable that the Kiko goat has been blessed abundantly with those characteristics. They can achieve substantial weight gains without the need to feed on supplements or any special vitamins or nutrients.

Another Kiko goat characteristic that is noted among breeders is its ability to survive under harsh conditions like food deprivation and harsh climates. Since the Kiko goat is wired to be an aggressive and creative forager, it can be resourceful enough to satisfy its hunger even with minimal assistance; Kiko goats can scout for grass or reap some crops from the soil or pasture.

The Kiko goat is known for its good health and sustainability, which makes a call or an email to a vet for medical assistance quite rare. Of course, this is a bonus for breeders because they can save on medical fee.

Since the Kiko goat breed is known to be hardy and keen at survival, these same set of Kiko goat characteristics may make them aggressive and a little bit tricky to manage.

Generally, the Kiko goat may come in a solid cream or white color, while there may be darker variations like black or brown. The ears of the Kiko goat are erect and the body leans more on a muscular, indigenous goat, pretty much similar to the sturdy Spanish goat. In cold climates, a Kiko goat can have the appearance of a mountain goat with long, flowing coat.

What is the Goat Breed that is Usually Crossbred with Kiko Goats?
In a study conducted by Tennessee State University in 2004, Boer goats are said to be preferred by buyers. Because of this, most Kiko goat breeders choose a Boer buck on a Kiko doe.

A Kiko goat is known as a meat goat breed but in a lifetime of a Kiko doe, she will become a lactating mother and the question is – are they good milk producers? The answer is yes. Generally, Kiko goat does are good mothers, milkers and can even carry out multiple births.

If you are interested in breeding a Kiko goat, there are lots of goat sellers online and you can check out their site for more information. Some known breeders of cattle tend to also breed goats, so it would be a good idea to start from there.